Reported in the Street lights category anonymously at 18:55, Tuesday 14 January 2020 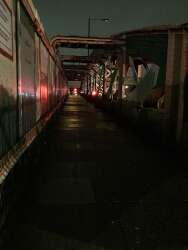 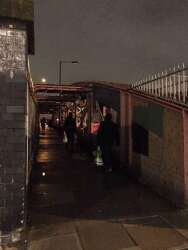 There has been no lighting on the western side of Lord Hills Bridge since September 2019 when it was reported to WCC. On the other side of the road outside the Royal Oak station the lights are blazing, but not on the other side of the road. When originally reported daylight hours were longer, but now in January 2020 when it gets dark much earlier, pedestrians have to fumble their way across the bridge to the Harrow Road. Why is this SO difficult to resolve? It has been reported by the public numerous times on this website - when can we expect our council to give us some light when walking over this bridge?