Reported in the Car parking category anonymously at 11:34, Thursday 12 March 2020 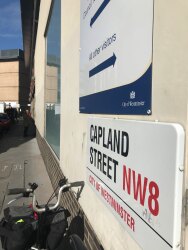 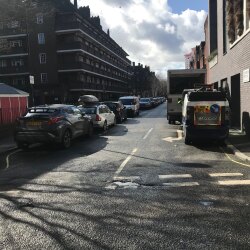 Cars parked on yellow lines on orchardson street and Copland Street causing drivers to drive on wrong side of the road. This in effect, has meant drivers take no heed of road signage(give way) and drive on regardless of other road users. On this occasion as a cyclist, I was forced off the road as a Prius driver came around the corner and hit my bike. Another colleague, on the same corner, was herself nearly hit by a car. Please make this a double yellow with a stop sign at end of Orchardson street and give tickets to the cars that continue to park on yellow lines. My safety should be as much of a priority as other road users.