Reported in the Abandoned bike category by Teresa Stokes at 11:25, Saturday 27 June 2020 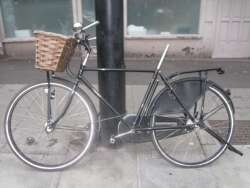 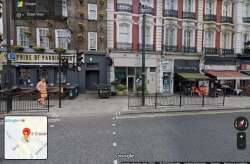 Single gent's black Pashley roadster bike chained to the CCTV pole outside the "Hair" shop at 5 Craven Road, thus more of a nuisance than on a bike rack. Been there at least for many weeks but later than July 2019 when the Streeview car photographed the location in 2nd photo. This was once a very fine bike and I would like to have it, if I could be notified? I don't know what your rules are about this or what happens to the bikes that you take away.