Reported in the Engine idling category anonymously at 10:47, Wednesday 16 September 2020 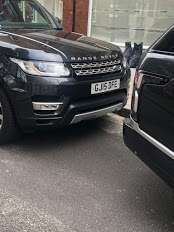 This vehicle is regularly parked on the corner of Riding House Street & Nassau Street. It seems to be used as a "mobile office" for meetings connected with nearby building work. The driver insists on having the engine running for AirCon (despite having the windows open). A Westminster Council marshal approached this morning, and he promptly switched-off the engine -- but only until the marshal had left. He's engine-idling again now, and the fumes are penetrating my flat.