Reported via desktop in the Illegal parking category anonymously at 00:04, Mon 9 November 2020 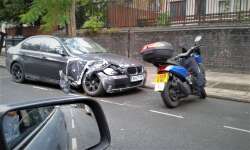 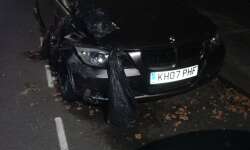 The car was in a smash, took out a lamp post on the traffic Island farther along the road, which has not been re-instated, was just filled in with a little cement. Then the car was dumped here, and has sat here since. I reported about the traffic Island lamp post not being put back; but that has been ignored.