One tyre damaged beyond repair plus two damaged alloy wheels

Reported via desktop in the Road damage / Pothole category anonymously at 21:49, Wed 9 December 2020 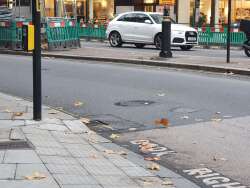 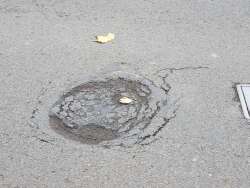 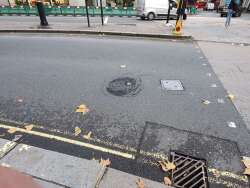 This is a deceptively deep hole which is almost impossible to see from a car. I didn't realise it was there until \\i drove over it resulting in two loud bangs. My front nearside tyre had a chunk ripped out of it, with severe damage to the front nearside and rear nearside alloy wheels. The tyre had to be replaced immediately and the two wheels are awaiting repair, the cost of which will be sought from Westminster City Council.