Reported via desktop in the Signs and bollards category anonymously at 16:07, Thursday 7 January 2021 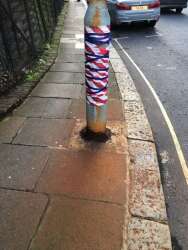 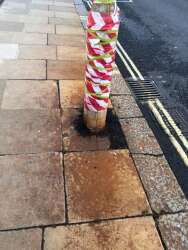 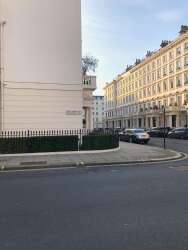 In various locations in Westminster rusty bases of lampposts have been ground down and large amounts of rust have stained the pavements. This is unsightly and needs cleaning, and also the lampposts need repairing or painting properly etc. Two example locations - opposite Hari Hotel which is Westminster on the other side of the road and near Lyall Street - see photos