Footpath Blocked forcing pedestrians in to the road

Reported via mobile in the Street works and obstructions category anonymously at 11:55, Wednesday 13 January 2021 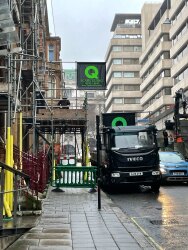 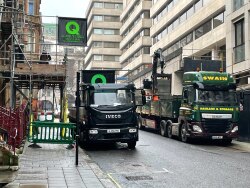 Outside a building on Surrey street. Footpath was closed and blocked off by workers working on scaffolding on the pavement. There was no concession for diverting the footpath and the footpath on the other side of the road was also blocked. Pedestrians are forced to walk out in to the single carriageway road.