Broken slab to entrance of property

Reported via desktop in the Pavement damage category anonymously at 10:52, Tuesday 9 February 2021 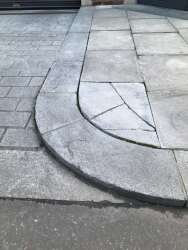 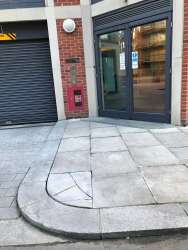 There is a broken slab outside of Westrovia House which is a trip hazard.

It has been advised that works were carried out late last year and that the slab may not have been placed back correctly resulting in it breaking.