Reported via desktop in the Flytipping category anonymously at 02:14, Thursday 22 July 2021 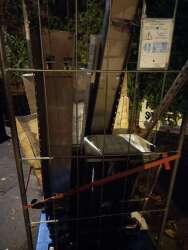 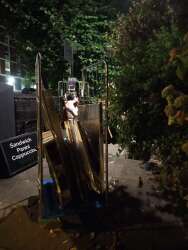 I witnesed a fuckhead at 02:00.am pulling cages full of industrial shit up from edgware road, up broadley street, and dumping it at the end of ravensbourne house nw8 8be, and when he saw me looking at him he also pulled it farther up penfold and dumped some up there too, in the street area. a sick looking bastard, a retard who has been paid to get rid of untold cages of srapped-out shop fittings during the night; and he's been doing here it now since fuck knows when; since the dawn of this species probaly. he really needs to be caught doing it, but if you lot are not here you never will catch him, and i've been submitting this same shit for 22 years here now, the same guy, the same shit. he's being paid to fly tip shit by local businesses who decide to refurbish. watch the ones who are doing that, the nsee where their shit ends up; during the night; always during the night. if you can catch thhat fucker, you really should throw the book at him; not a fine; and actual sentence on top of a never ending fine into the tens of thousands; one that he is never gonna get awat from; not in this country he won't.