Reported via desktop in the Abandoned bike category anonymously at 11:28, Sat 25 September 2021 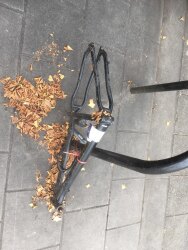 Was reported on 12 July and has been tagged for removal but has still not been removed.