Rubbish dumped on pavement by hideaway cafe at 99 mount street

Reported via desktop in the Flytipping category anonymously at 16:39, Friday 8 October 2021 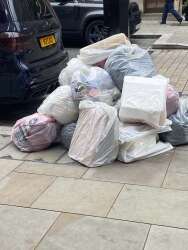 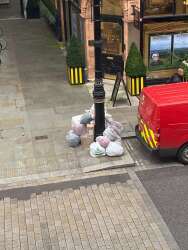 As per the photos taken earlier hideaway cafe at 99 mount street continues to put its rubbish several times a day on the pavement which is only collected the following morning. this problem has been reported to you for several weeks but they persist in dumping their rubbish. can you please send an environmental heatlh inspector as well as a fire safety officer urgently to the basement kitchen of hideaway