Reported via desktop in the Pavement damage category by david chapman at 18:26, Wednesday 13 October 2021 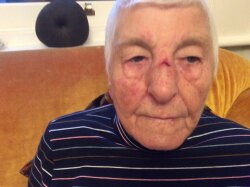 Walking down New Bond Street, just before Burlington Gardens I tripped and fell on the very low,lying kerb. The kerb, which is very difficult to see tripped me up and I fell striking my nose on edge of the kerb causing it to bleed for some four hours. Local security informed me that this was a very common occurrence (see other similar reports on this website). I I now have a horrid scab on my nose and at the same time have strained my hand and little finger. I am suffering from TERMINAL PANCREATIC CANCER and I cannot afford to compromise my health in any way. I have reported the fall to my Oncologist.