Reported via desktop in the Signs and bollards category anonymously at 11:20, Thu 23 December 2021 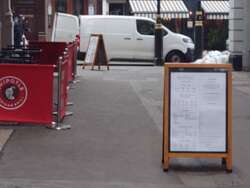 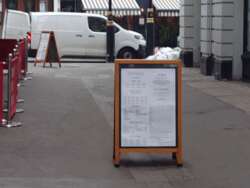 Chipotle restaurant on the corner of St martins lane and Cecil Court has 2 A Boards. They are daily placed in the middle of Cecil Court and the foot path of St Martins Lane. Causing an obstruction to pedestrian traffic.