Awful repair on pavement - needs to be fixed

Reported via desktop in the Pavement damage category anonymously at 11:03, Friday 14 January 2022 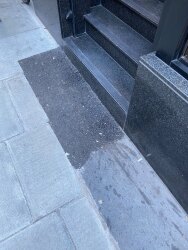 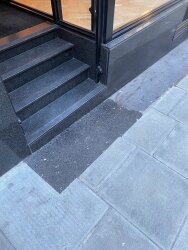 Towards November, the council decided to repair the pavement on Hay Hill and it looks nice. However, they left a large area outside JC Gallery, using a corroding tarmac! Not only that, but it looks horrendous, not suited to Mayfair and dirt/grime sticks to it. The workmen said they would be back in a 'couple of weeks' to repair it permanently, but no sign of them 2 months on. This effects my business because it stops clients walking in being so unsightly! Suffering loss of business the longer this goes on.