Reported via desktop in the Flytipping category anonymously at 23:48, Monday 15 August 2022 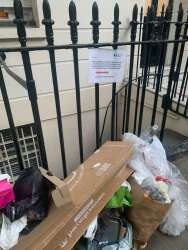 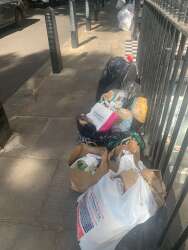 More than 20 bags or rubbish have been piling up for almost a month - it’s a private road and residents have to throw it in the bins at the end of the street.